One of the best things about my job is the opportunity it offers for travelling.  I've been lucky enough to visit all the major cities in Europe and many places beyond.  In someways, though, I think that the places I enjoy the most are the tiny, off-the-radar spots which I wouldn't think of going to under normal circumstances.

Last weekend, I was working in Minehead on the Somerset coast. 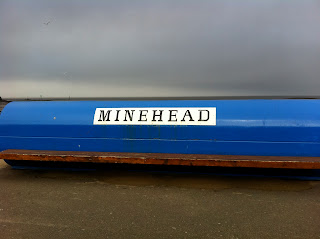 I'll admit, I wasn't holding out much hope.  The name itself, 'Minehead' conjured up images of depressed ex-mining towns with pollution, decay and feral youths.

Well, I'm pleased to report, I was wrong.  Minehead's lovely.


The weather was a typical English spring - grey and slightly misty.  I know that a lot of people wouldn't like this but I think it makes everything romantic and intimate. 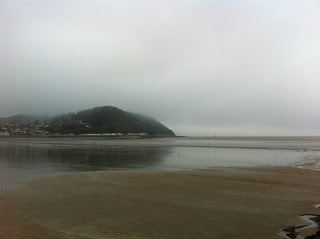 Minehead's a small town.  It only took me about 20 minutes to walk along the beach to the hill in the picture.

The beach was full of interesting finds. 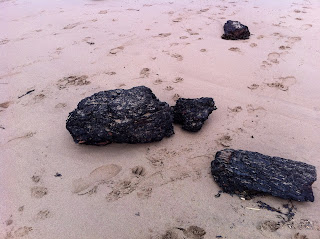 There was a lot of driftwood.  According to Wikipedia, these are the remains of an ancient submerged forest. 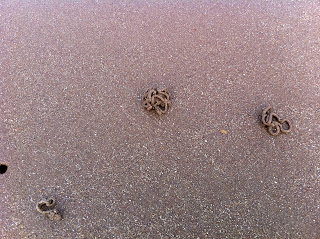 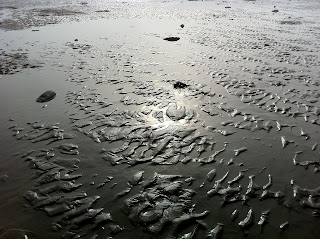 The tide went out a very long way, about half a mile.

There was some pretty little cottages towards the harbour. 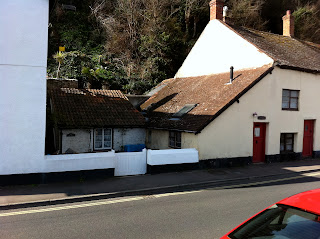 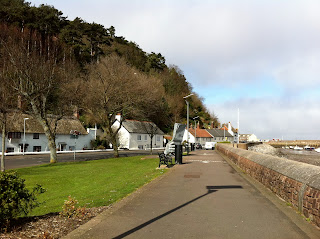 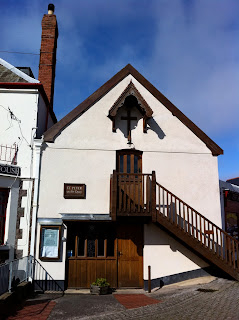 I loved this little church.  The building adjoining it to the left was a pub.  I guess it's a case of sinning and repenting without having to walk too far. 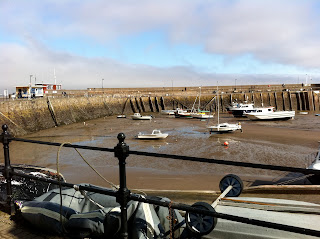 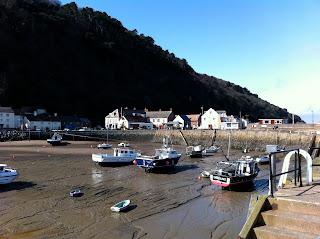 There was a small nod to the gaudiness of an English seaside resort... 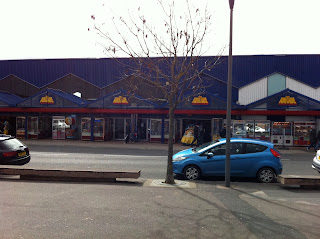 but generally the town was pretty and quiet.  Worth a visit, in my books.

Posted by Beautiful Things - Cathy at 18:34 No comments: Links to this post


Pinterest is the fastest growing website in history, taking just under two years to break the ten million visitor mark.  The premise is very simple - you add a 'pin' button to your computer which allows you to pin images you like and arrange them into themed boards.  People can either follow you or follow individual boards.  They can repin your images and comment on your pins.  What's great is that clicking on the pinned image takes you to the source website so there's no danger of plagiarism.

It's handy if, for instance, you're planning on redecorating your house and you're browsing the internet for inspiration.  Instead of saving a load of individual links, you pin the images onto one board, then refer back to them later.

Entry is by invitation only so if you'd like to join, either leave a comment or email me and I'll send you an invitation.

Email ThisBlogThis!Share to TwitterShare to FacebookShare to Pinterest
Labels: Internet

Film review - The Woman in the Fifth

I'll have to admit, I'm a sucker for a French psycho drama so I was rather looking forward to seeing 'The Woman in the Fifth'.

Sadly it fell far, far short of my expectations.

In brief, an American writer, Tom Ricks (Ethan Hawke) arrives in Paris to 're-connect' with his estranged ex-wife and young daughter.  He turns up at their apartment and it becomes apparent that his ex-wife has a restraining order against him for reasons that are never properly explained.  He flees when she calls the police, jumps on a bus, falls asleep and wakes up in one of the roughest parts of Paris to find that all his belongings except his passport have been stolen.

Now at this point, you & I would have gone to the embassy or the police to report the theft but no, he wanders into a nearby cafe and orders a coffee with the handful of change he has in his pocket, gets chatting to the Polish waitress Ania and asks her if she knows of any rooms he could rent.  She introduces him to the Arab cafe owner Samir. Personally I'd have taken one look at Samir's rather sinister bulging eyes and ran for the hills but our erstwhile hero tells him that although he'd like to rent a room, he has no money to actually pay the rent and just like that, Samir lets him have a room for free, so as long as Tom hands over his passport.  There's no explanation as to why a seemingly intelligent person, with all the options and freedoms that an American abroad possesses, would do such a thing and thereby commit himself to a life of exploitation and abuse but he does.

SPOILER ALERT.
This is cue for a number of rather irritating dead end story lines;
Tom goes to a lawyer and starts a custody battle for his daughter that will cost him €10,000 that he doesn't have.  There is a single scene in the lawyers office then nothing more.

He takes on a job as a security guard for Samir.  Every time he lets people into the building, (who, incidentally, can only enter if they say the correct code), there's a lot of screaming & banging and the light in his office dims.  One night he ventures out of his office, sees a lot of blood in the corridor and runs away.  And that's it.  No explanation, no follow up.

He also starts stalking his daughter, lying on his grotty bed watching the trains pass by his window, fighting with his neighbour about flushing the toilet and begins a love affair with a mysterious wealthy woman, Margit, (Kristen Scott Thomas).  She's the woman in the fifth arrondissment of the title, (even though her address is actually in the second).  It's a long time since I've seen such a badly written character.  She's all cliche and no substance.  It's a mystery why the extremely talented Kristen Scott Thomas took on such an awful part.  I can only assume she had an enormous tax bill to pay or something.

I'm not going say anything more just in case you do want to see the film.  It's not all bad by any means - I did like the fact that it portrayed a side of Paris that's a million miles away from the picture postcard tourist version.

I can see what the film was trying to do - explore mental illness and delusions but personally I think it was done far better in Black Swan and even Midnight in Paris.